In Search Of Purpose Talks 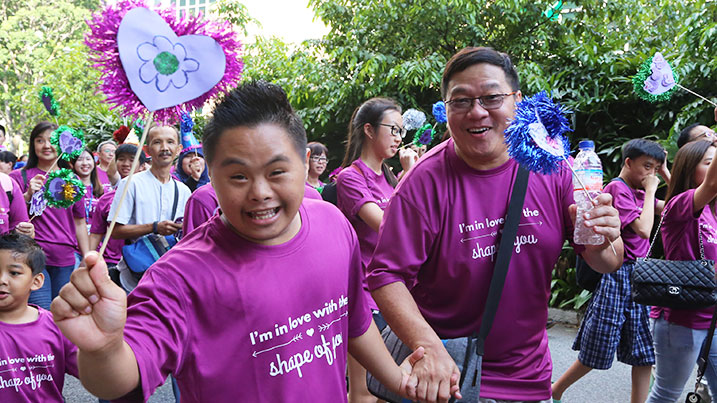 The Purple Parade is Singapore’s largest annual gathering that seeks to advocate the inclusion and celebrates the abilities of People with Disabilities. The Parade comprises four key components:

The first Purple Parade was held at Hong Lim Park in 2013. The Parade consists of participating groups and individuals, representing a community of like-minded organisations such as Voluntary Welfare Organisations, schools, social enterprises, government agencies and corporations. They are all united by a common belief that People with Disabilities have abilities and are able to contribute to society.

Volunteer with us!
Join us as a volunteer for the pre-event Campaign, or sign-up with your organisation to show your support for People with Disabilities as part of the Contingent or Carnival. Individual or group performers with and without Disabilities may indicate your interest to participate in the inclusive Concert.